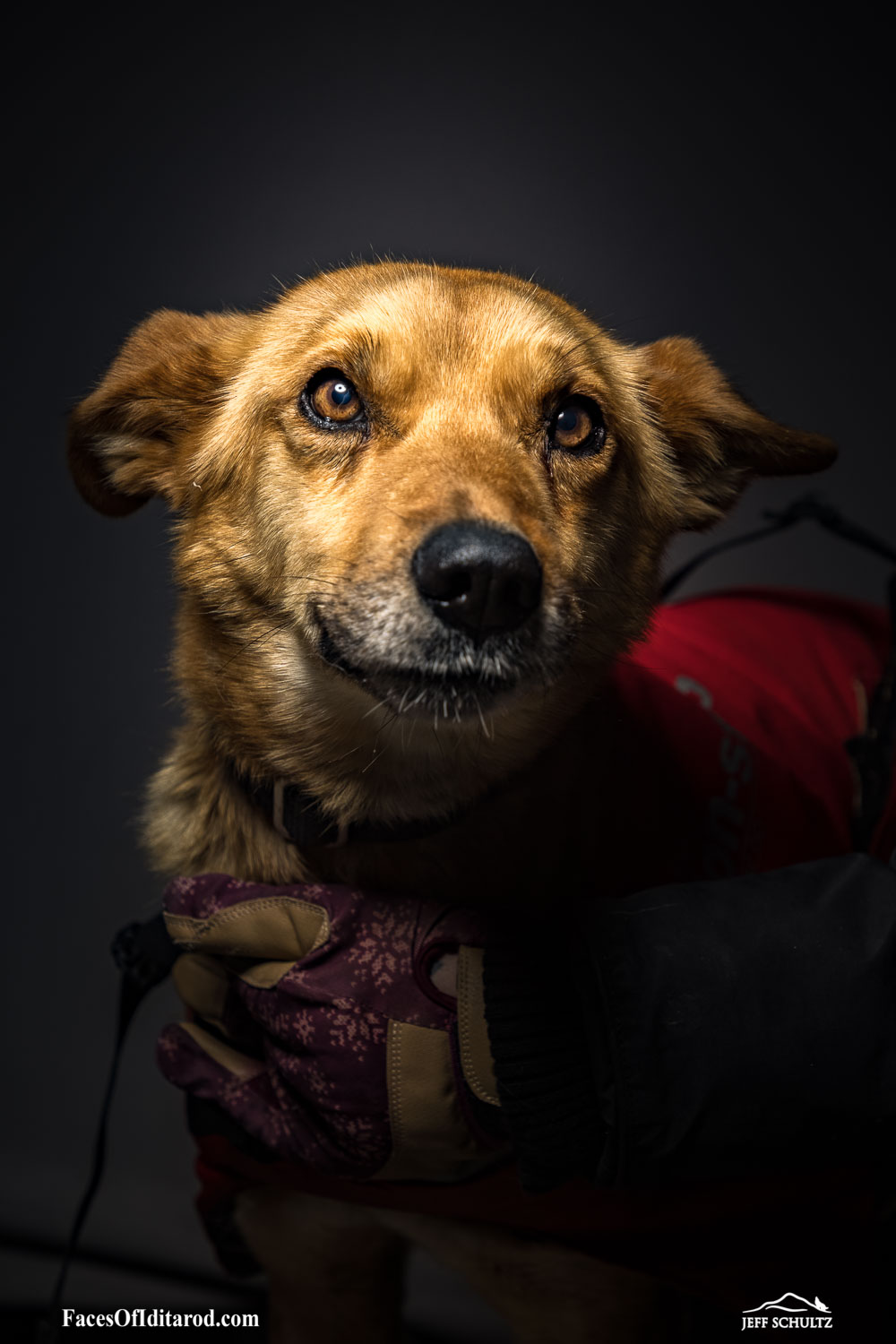 What Team Position(s) does it run? She is a lead dog. Damn good one.

Number of completed Iditarod races? 4. She’s done every Iditarod with me, so she was actually a two year old when we won the Yukon Quest of 2017. So she’s been at it, doing an amazing job for a little while.

What are his/her unique personality characteristics?

She’s very much the alpha female in the team. She’s what we call a nipper when you’re running. So she bites at her co-partner. She does it in a playful way. The co-pilot doesn’t necessarily know that it’s playing all the time. So it’s a bit of a challenge to find someone that enjoys working alongside of Ace until Ace is a few hundred miles into a race. But just that top dog personality she’s got. And then when she’s loose, she’s super submissive. She goes through the dog yard, she’s that dog that just goes up to every other dog in the yard, rolls on her back and wags her tail. It’s just like, “oh, hi.” But you put her in team and she’s like, “I’m on manager duty now and this is what we’re doing.”

What is his/her Bloodlines?

So Ace’s bloodline was a split litter with Sven Haltman and myself. So Hall lines. She is the mother to the G’s on the team, which we’ve had three finishers this year, which was actually a split litter as well, so I only got three of them. They all finished. So Gimley, Gouda and Gypsy, and it was actually super cool. In the finish shoot was Ace and Gimley co-lead as we finished under the Burled Arch.