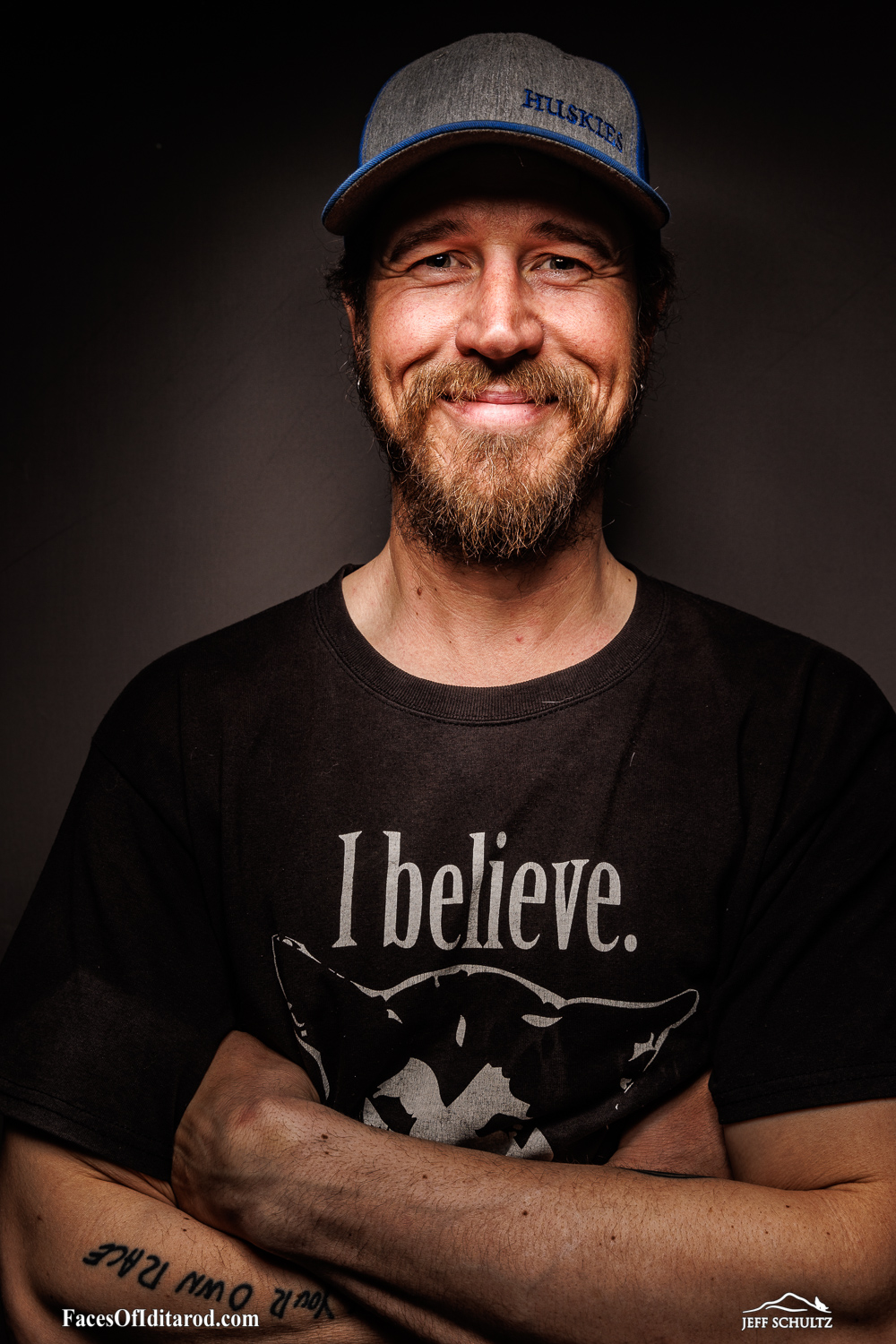 Years involved with the Iditarod: 7

I got involved with Iditarod because of Susan Butcher. Back in 2005, I got an opportunity to go work at her kennel, and I was a recreational musher, and I didn’t know much about racing, and as soon as I got to their kennel I was basically addicted to running the Iditarod, and I had to go, and right from that day on I wanted to run Iditarod. Being around Susan Butcher was a very amazing part and a great start to my career.

I’m here and involved with Iditarod because of the love of the dogs. I mean, I train, and raise, and breed Alaskan huskies, and the Iditarod is our proving ground. It’s our pinnacle of the season, and it’s a way to display how amazing these sled dogs are.

One of the most memorable moments on Iditarod I experienced would be out on the trail, actually, this season when multiple times people out on the trail come out and cheer you on, and I was on the Yukon river, and this guy came out with a bag, and he had it labeled like, “Rooting for you, Brent Sass,” and was handing it out. It’s stuff like that that makes Iditarod so special, and that personal connection to the people on the trail and in the villages is something that I really cherish about the Iditarod.

Well, one thing I know for sure in life is that I’m doing exactly what I was meant to do, run dogs and live in the wilderness.

How did it feel to win your first Iditarod this year?

With this being the first time I’ve won the Iditarod, this team was really set apart, really because of the connection and bond I have with this team. I’ve raised every single one of them from puppies, and I feel like everything came together, and we believed before the race that we could win the race. So this team was just one that I think I have the most true bond with. And over the years, I was able to find the best way to bond with them. And this team, it all came together on.