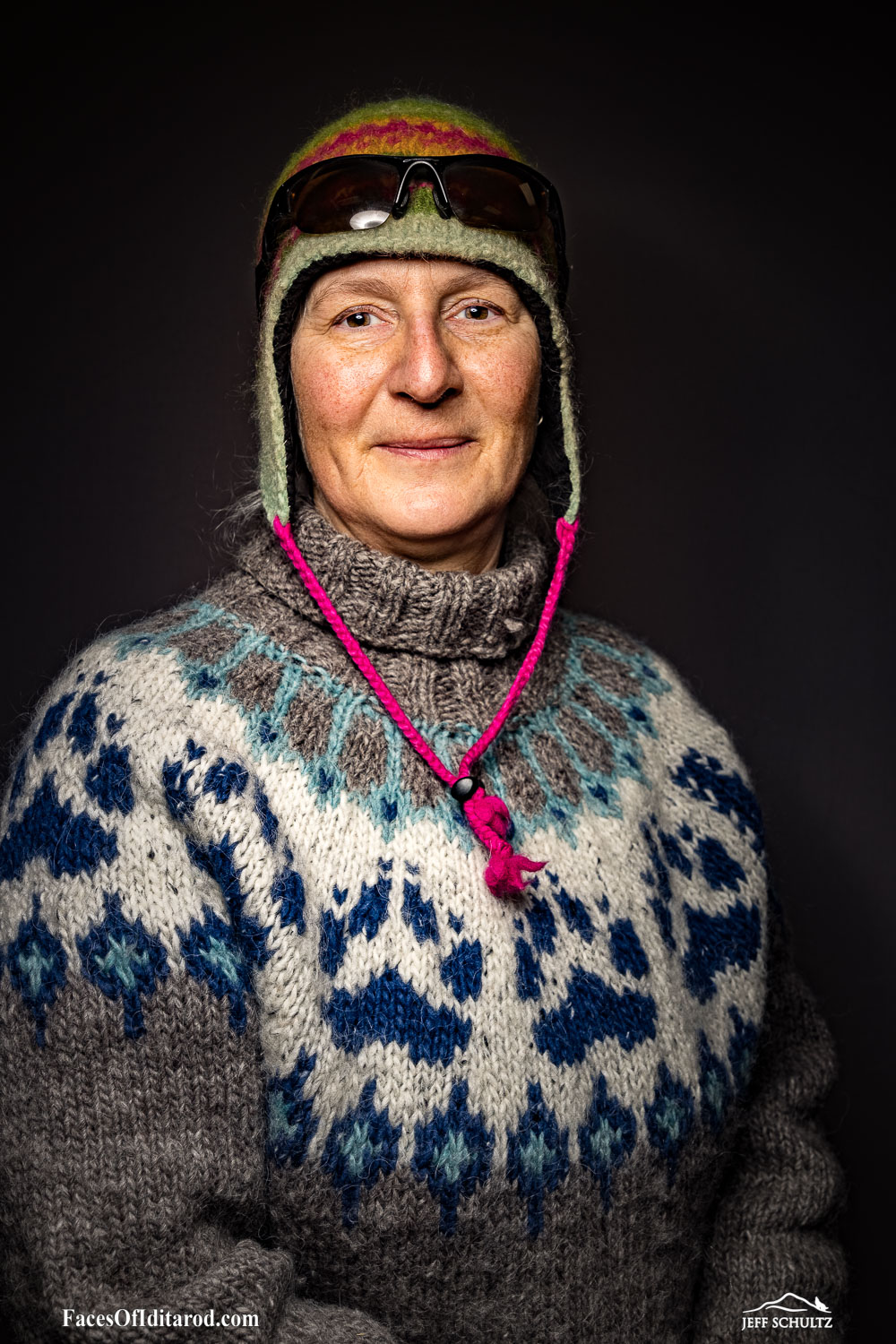 Occupation: Editor and publisher of the Nome Nugget newspaper and Mushing Magazine.

Years involved with the Iditarod: 20

Iditarod Role: As a journalist, I’ve been covering the Iditarod for that time, since 2003.

I first became involved with the Iditarod through my job as a reporter for the Nome Nugget newspaper and being married to an Iditarod musher, Nils Hahn, who lives here in Nome.

I’m here today and involved with the Iditarod because I am still a reporter for the Nome Nugget and covering the race for our readers in Alaska and nationwide, but, also, because the Iditarod is the pinnacle of mushing. I’m also a musher myself, married to an Iditarod musher, Nils Hahn. It’s a way of life that I would like to perpetuate for the future generation. The Iditarod is just this iconic race and symbol for mushing as a way of life. We’re so immersed in mushing. You cannot be immersed in mushing and not be immersed in the Iditarod, especially not if we’re living in Nome, Alaska. Having a kennel here and mushing through the conditions that the mushers are coming in for from White Mountain. Why not? That’s our home stretch, and we deeply understand what they are going through, especially when weather gets bad. It’s because we live here, so on a level maybe than better than anybody else, we understand their accomplishments and that they need to be celebrated in word and print and photos.

One of my most memorable Iditarod experiences, this was in 2004, when my husband, Nils Hahn, ran the Iditarod. I was pregnant, ready to give birth to my daughter, Lizzy, and I had to work all the way to the end, basically. I have the husband on the trail. I’m living in a dry cabin out here in Nome, and I’m working full-time for the Nome Nugget. That year Mitch Seavey won his first race on a very late Tuesday night. Since we wait for the winner to come in to finalize the paper before it gets out to the printer, I was the one who got to stay awake for 36 hours working and waiting for Mitch. Just hoping he would just speed it up already. And so there I am covering Mitch’s arrival, first win, and I felt that kind of tied me to the Iditarod, because I really gave blood, sweat and tears for that coverage of Mitch’s win. And then Nils came in a couple days later from the Iditarod. Another most memorable experience on that one was I called, as the reporter, the checker in Unalakleet, and I told the checker there to tell Nils that all is well with me and the baby. So then as soon as Nils came in, the checker says, “Hey, Nils, your wife called, and all is well with you and the baby,” so Nils thought I had given birth already. So he runs Lisa’s dog team there. I don’t know the particulars. And then he gets on the phone and calls our friends in Nome. He calls the hospital in Nome. Who else did you call in Nome? He called everybody. Finally, he calls the Nome Nugget thinking that my editor would pick up and he would find out what happened, and I answered the phone. He’s like, “What? You’re working already?” I said, “What’s going on?” He said, “Is everything okay?” I was like, “Yeah.” “Is the baby there?” “No, it’s not.” “Ah, okay.” The third, most memorable tie to that same race is that Nils ran that race together with Joe Garnie, our friend and mentor and just overall idol and role model. He’s the godfather of my daughter that was born that year. On this horrible stretch of trail between Shaktooliq and Koyuk, he came up with her Eskimo name. He said during the race on that stretch, it came to him that that should be our Eskimo name for the daughter. That’s my very personal experiences with the Iditarod.

What I know for sure in life is that I, as long as I live, want to have sled dogs in my life. Because they enrich our way of life so incredibly. “Your life is basically a dog race,” and I borrowed that from Brent Sass. But that’s basically what it is, and the sled dogs make us better human beings.