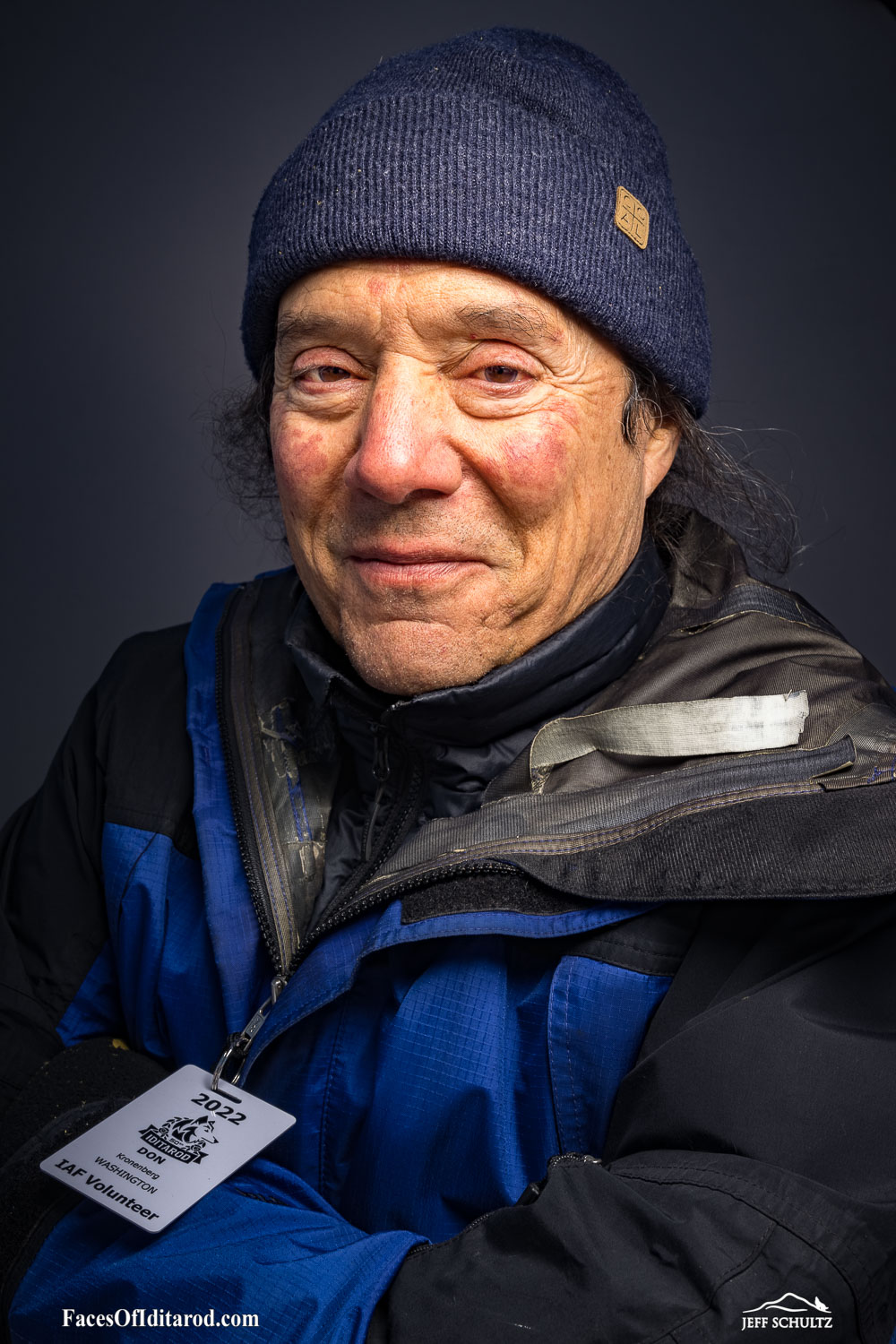 I first became involved with the Iditarod in 2019. I worked with comms and I worked at Skwetna and Kaltag. I used to live in Alaska. I lived in Juneau in the mid-seventies, shortly after I got out of college. I traveled extensively all over the state with my position with the state health department. I’ve been to most of these villages and I’m involved with the Iditarod because I love the race. I tried mushing in the early nineties. I tried it very briefly and realized it was kind of impractical unless I lived here and had my own dogs and could practice extensively.

My most memorable Iditarod experience was probably my first assignment in Skwetna in 2019. I was working comms and my job was to stay out in the dog lot and make sure that we had proper dog counts arriving and departing. And like all of us, we came down when the first musher came in, which was about 8:45 that evening. And I actually stood out all night until 9:00 o’clock in the morning. I had so much fun. It was so interesting. I was warm. I was enjoying talking to the mushers, doing my job, observing the Northern lights, and it’s probably the fastest night that’s ever passed in my life.