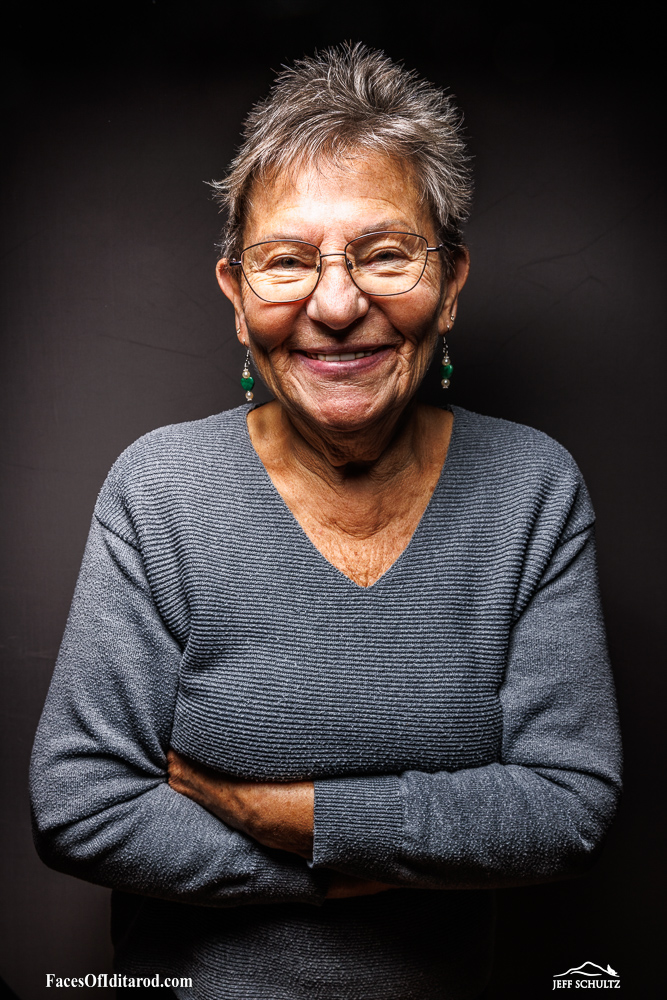 Years involved with the Iditarod: Since the beginning 1973

I got involved with Iditarod the very first year. Howard Farley had gotten this letter from Joe Redington, and he came over to Leo to see what he thought, if it was going to be possible. And they decided it was, and they was busy conversing about how they were going to do it and blah, blah, blah. So, I was always listening to all this planning. And then, as it started to progress, he was busy all the time, he and Howard. They were only two until Julie start helping them. So, I saw him very little, and we had our business, so I mostly took care of that when he was busy with Iditarod, so it was hectic. But when the mushers start coming in, then I really didn’t see him much because he was busy downtown all the time and came home and took a little nap and showered and changed clothes ever so often. But it went well. And as the year went on, it just grew and grew.

I was involved with the Iditarod because Leo was very involved with Iditarod, so I guess I felt like it was my duty to do it, and I entertained a lot at the time when he was a mayor, and we had the open house for the mushers, and I remember particular with the colonel, Colonel Norman Vaughn, he was a riot to have. He would sit and talk about the Iditarod, and then he would go to sleep, and then he woke up and he started again, right where he quit when he went to sleep. And it was just amazing. And we had the people laying underneath our steps on the floor having a nap because there simply wasn’t simply wasn’t enough places for people. And you heard all these neat stories, and it was awesome.

One of my most memorable experience was I think when Dorothy Page was at our house. She was a grand lady, and she was talking about when she first got involved with Iditarod. She was actually the mother of the Iditarod. I think that she probably had more to do with it than anyone else. Because she had had this vision for quite a while, and of course, she wrote Iditarod Annuals. She wrote the annuals, and she was just so involved with it, and she had the ideas, and I could never understand why she didn’t get more credit because I think she deserved to have as much credit as anybody else and maybe even more.

What I know for sure in life is that I would never be a musher.