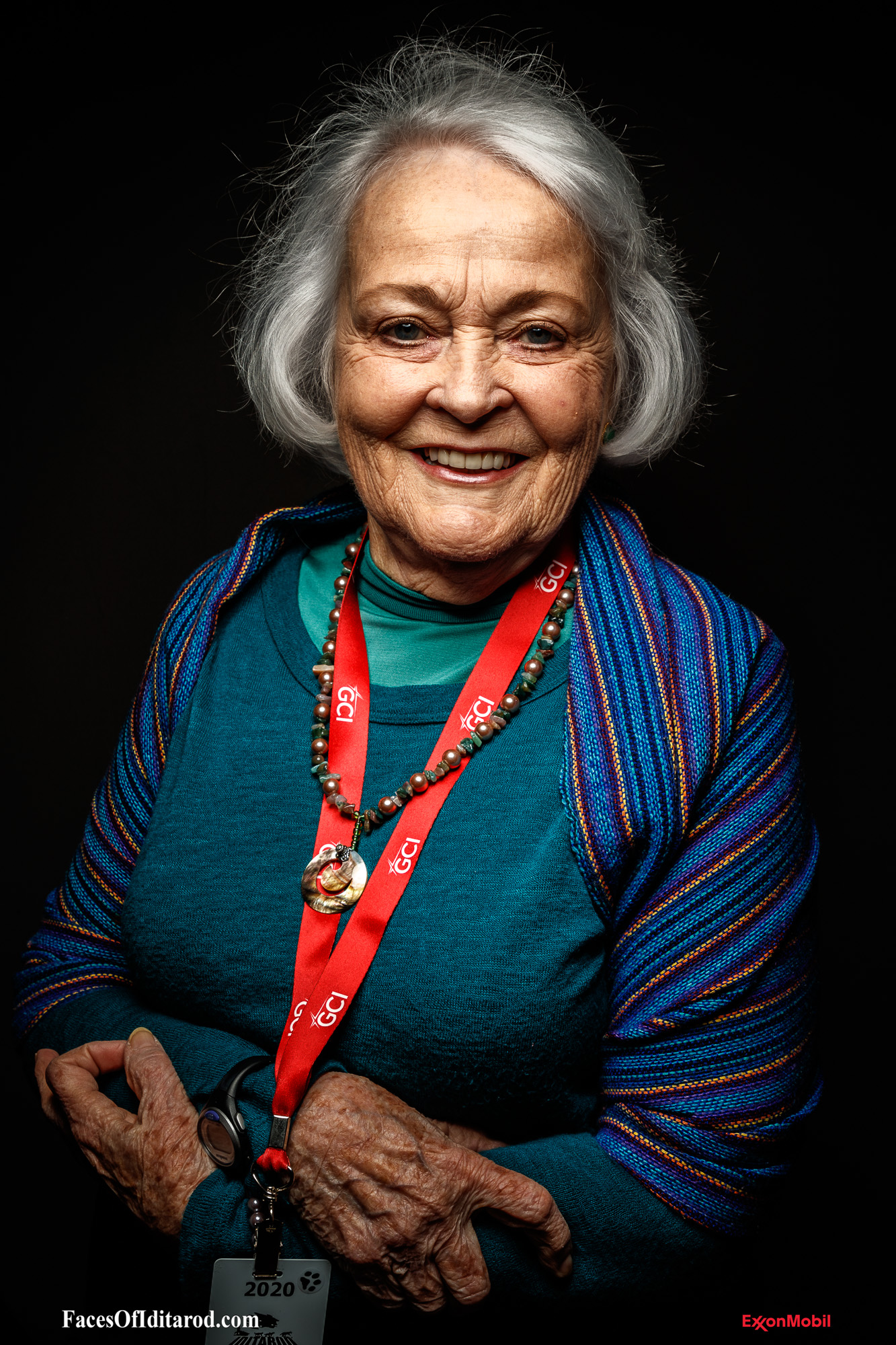 Got involved with the Iditarod through kind of an unusual circumstance. I lost my gloves on a tour, a cruise actually, when we were in Fairbanks, and we had seen … Well, actually I guess it was in Anchorage where I lost them. But anyway, we’d been to Jeff King’s Kennel the day before. We were very interested in it; got our first initiation with the dogs and the effort. And on our way to get gloves, we met Rod Perry who was selling his book about the history of the trail. And when we got on, we’d had seven days on the land, seven days on the water. Our seven days on the water were occurring, and I’ll tell you, we fought over reading the book on the cruise and got really interested in the effort. Decided that the way to find out about it was to volunteer. So the very next Iditarod, that was in the fall I guess. And so that Iditarod, 2010 I guess it was, we volunteered. We came to Anchorage and spent two weeks. We found out that wasn’t enough, so we decided to come up for a month every year. We usually come up the end of February and stay through the end of March. And between Bob and me, we’re real involved. He’s out in the bush.

What is your Why?.. Why are you here today and involved in Iditarod?

I’m here today because I just think it’s a fabulous event. The saving of the sled dog, or the Alaskan Husky and Malamute, all the breeds that are involved. But more importantly, the hundreds of people that are involved in this effort are so collaborative and supportive of each other in not just the sport, but the whole effort. There’s something magical about Alaska and Alaskans and the sport. The people that we’ve met have become great personal family friends. It’s a unique experience in the fact that it’s not really just a sport or an event, it’s a whole way of life. And seeing the changes that have occurred. We read all the books, we watch all the DVDs, and it makes us feel like the Iditarod is family.

One of my most memorable experiences is meeting the mushers. Because of our efforts in communications and others, we get to go to the mushers meeting. And this year I had a chance to talk to Nick Petit and encourage him, because he’s had a couple of really bad experiences. And I think one of the things is looking him eye to eye and saying, “I’m going to be thinking about you when you get to the hard spot.” And he really appreciated it. And that meant a lot to me. It was just like a personal connection.

What I know for sure in life is that people and the connection between people is the most important thing we need to think about. Taking care of each other, being kind and loving.