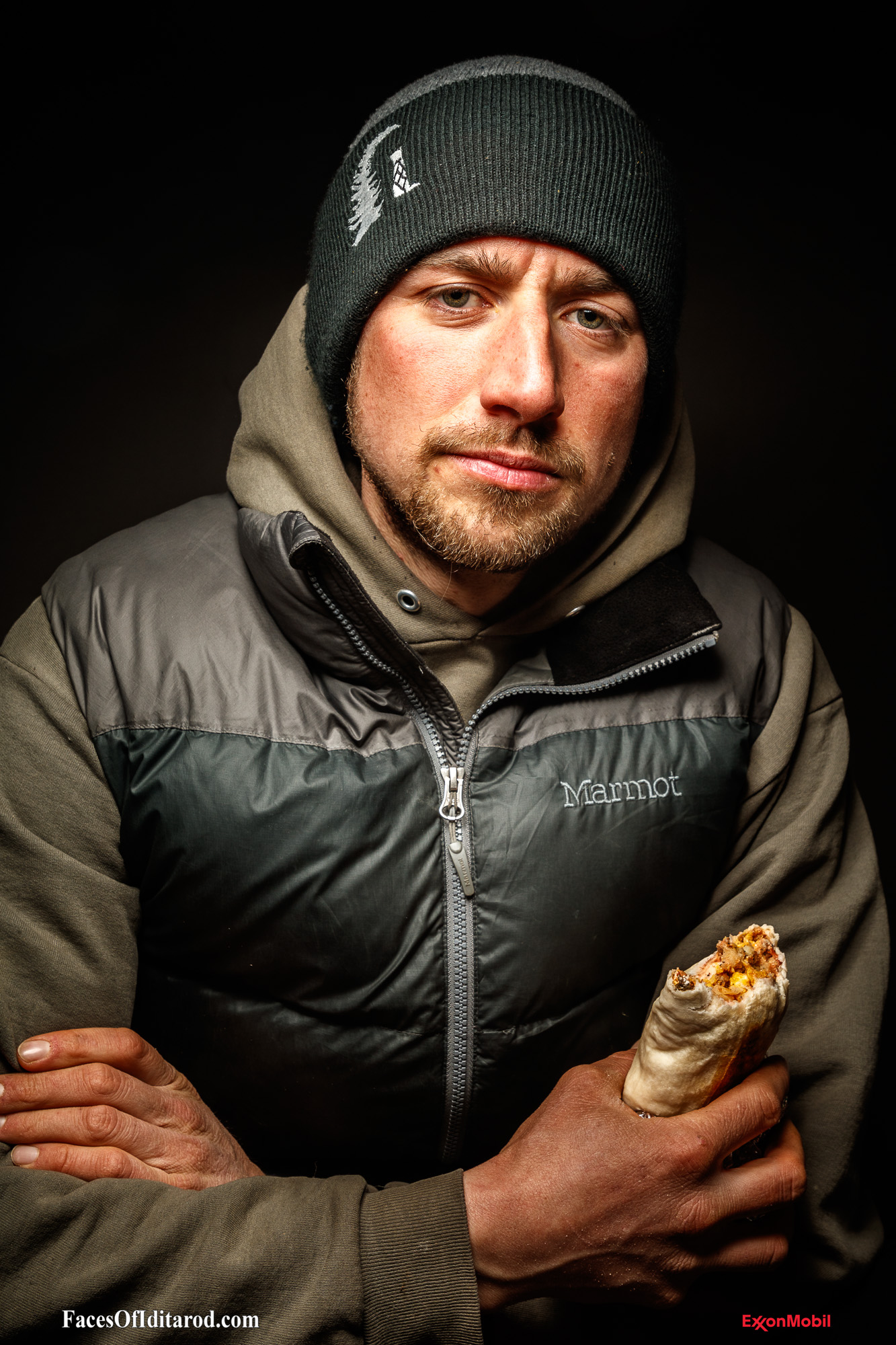 I got involved with Iditarod by spectating and watching the race as a kid. I went to elementary school in Wasilla, which used to be home of Iditarod. And so watching that race every year really captivated my interest in dog mushing. I actually started working with the race through a couple that I was handling for, Frank and Claudia Sihler who ran Iditarod back in the early 2000s. And I was their handler so, of course, went to the start of the race and watched Frank run the race and that really got me started in pursuing this dream.

I’m here today involved with Iditarod because it really celebrates this lifestyle of sled dogs and owning sled dogs, and of course racing. But it’s deeper than that. Iditarod really is Alaska and is an old style of living, which is pretty neat to be a part of. In terms of the race, I mean, I’m of course competitive. I want to actually compete in this race, but I think more than anything I just enjoy being a part of it and enjoy seeing such a neat trail.

One of my most memorable Iditarod experiences was back in 2018, my first time running the Southern route. We did kind of a different race that year. Instead of taking the typical Northern, we went South because it had gone North for so many years in a row with bad trail conditions. And in 2018, we got into some serious ground weather on the way to Iditarod. So leaving Ophir running to Iditarod, we had 40-mile-an-hour winds going over the hills. Blowing snow, the snow was chest deep for the dogs. And I was running a group of year- and two-year-olds. So watching those dogs really grow into true adults through that weather was just incredible. I had a single leader at the time named Karth, who was two in that race and he stepped up and charged through those drifts. He could feel the trail underneath him. I mean, there was nothing to see. I was just going marker to marker. He just loved it. And if we got into a storm, he’s the dog I put up front. He hasn’t done any leading this year because it’s been a nice trail, but when we slow down to seven miles an hour, he’ll be the dog that goes up there.

What I know for sure in life is the love, the love that dogs share with their humans, they share with each other. I think for me more than anything, I fall back on that love that the dogs have for what they’re doing out here in this race, but then also the love that they have for life and what I see from them on a daily basis. They wake up excited and interested in what comes next. Never holding onto a grudge from yesterday, never worried about what’s coming tomorrow. They just one day at a time with love, and that’s for me, I think, the thing that I try and remember most, and that’s something I know for sure, at least with canines.