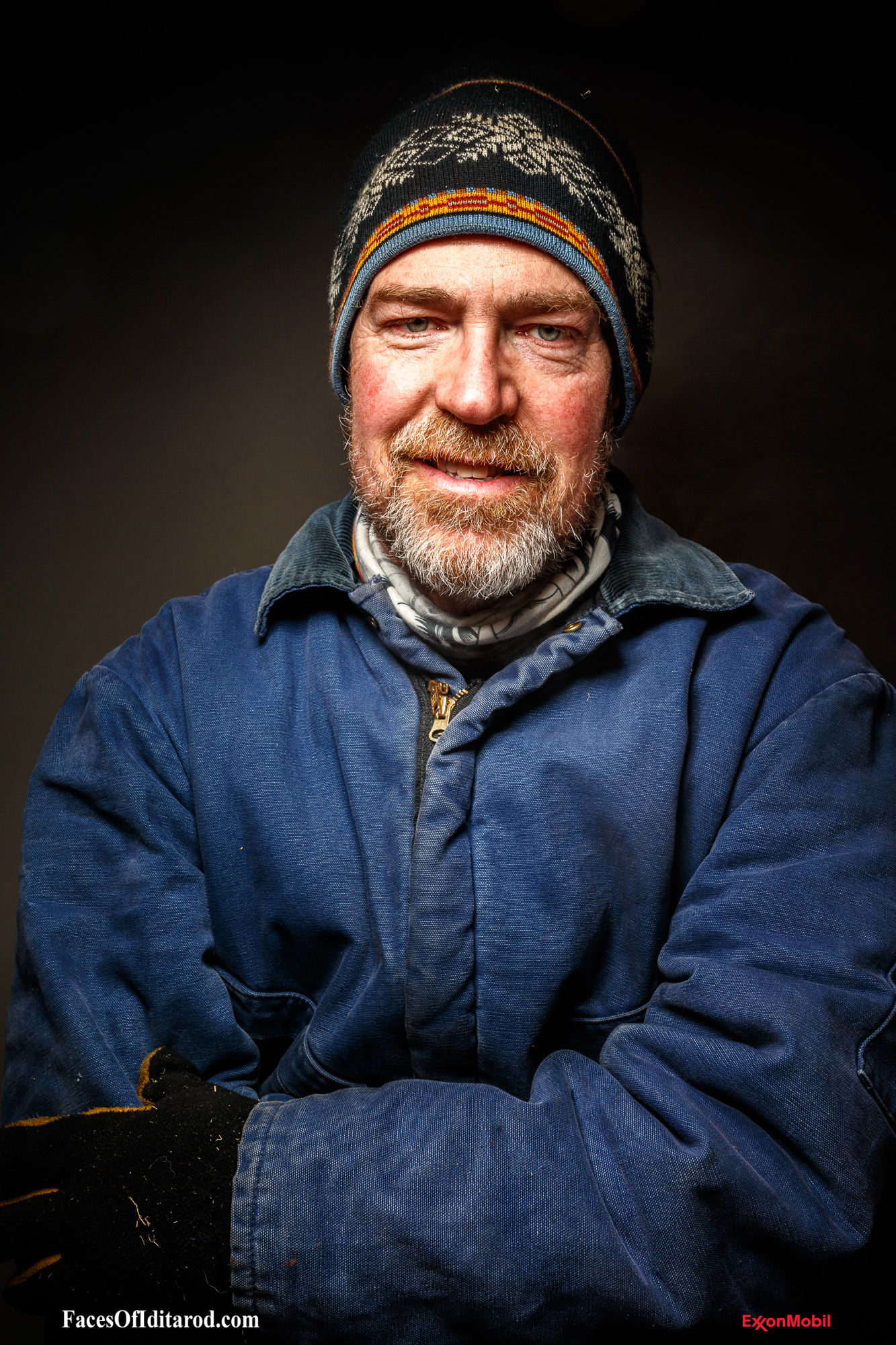 Residence: Eagle River, Alaska
Occupation: Manager of a crisis management and emergency response for one of the major oil companies here in Alaska  .

Years involved with Iditarod: 7+ years.
Iditarod Role: I work the checkpoint in Ophir .

I got involved with Iditarod basically at the checkpoint. I knew about it for a number of years because of having a cabin in Skwentna and we always used to go out and watch it. But as far as being involved with it as more than just a spectator was when I came here to Ophir about seven years ago. And that came about because being good friends with the Forsgrens, Keith and I and a number of us that end up out here either as sons or daughters of people I shoot with. And Keith, I shoot sporting clays with all summer long, all winter long. And I have a snow machine. I think at some point or another he knew I was interested and he needed another snow machine out here. So I’ve been bringing my machine out or the Iditarod’s been shipping it out here for five of the seven last Iditarods. And so it’s really just from a friendship and knowing the folks and Keith puts a crew together that comes out here to work on Iditarod, but I think it’s an awful lot of camaraderie that we have amongst ourselves as well.

I’m here today and involved with the Iditarod because it’s just a unique way of seeing it. We mentioned that the camaraderie and the friendship we have amongst everybody that works out here. But one of the things I did notice from just being a spectator on a snowmobile along the trail back in civilization… when you’re out here, you really see the relationship between the mushers and the dogs and that’s a special relationship. I don’t think you really appreciate unless you get out here where it’s 45 degrees below zero, the mushers get here, they arrive. And It’s not about them, it’s about the dogs.Aand that’s just a… And I love animals and I love dogs. And so to see that relationship is just very rewarding and it just keeps me coming back.

I think one of the most memorable Iditarod experiences was probably three or four years ago. Middle of the night, waiting for teams to come through. A clear night. And I’d never seen the northern lights as brilliant and as spectacular as they were that night. And I can still remember seeing them. A lot of the fellows that come out, work at the checkpoint, park their Super Cubs down on the river. And I can still see that picture of the northern lights dancing in the sky above the wings of the Cubs parked on the river. And being an aviator myself that’s just a memorable experience.

I think it’s the other end of life. I’m sure that there’s point we come to death and what I know very confidently is that Jesus Christ is my savior, that there’s something that’s beyond death and although I’m not in a hurry, I’m not ascared of it either.